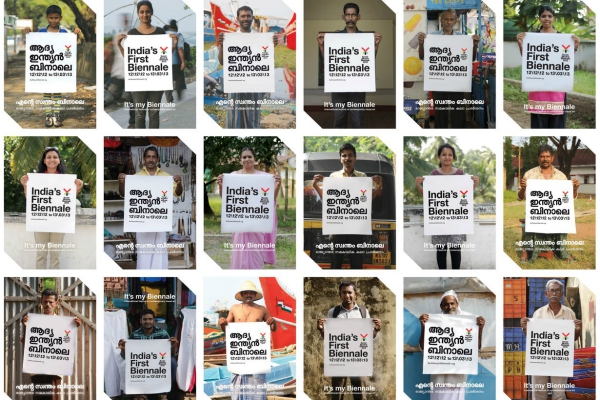 Seeks to invoke the cosmopolitan spirit of the modern metropolis of Kochi and its mythical past, Muziris, create a platform that introduce contemporary international visual art theory and practice to India.

Edmund Thomas Clint was an Indian child prodigy known for having drawn over 25,000 paintings during his life of less than seven years and participated in 13 contests. At the 13th contest, he won against 8,000 child artists. Kochi Muziris Biennale 2014, was dedicated to him.

KR SUNIL
The Seafarers of Malabar

There aren’t many places in the world, to which monsoon winds and the smell of spices brought more sea trading ships than to the ports in Kerala. Their glory has faded, but photographer KR Sunil in silent portraits of sea sailors is capturing their stories.

The walking trail through the historic Jewish urban area of Mattancherry. It deals with the vanished and forgotten cultural heritage of the Malabar Jewish community from the personal viewpoint of the artists Meydad Eliyahu and Thoufeek Zakriya.

Biju Ibrahim captures the essence of rustic geographies, the people who are now becoming archive of the earth, the mythic and mystery of spaces and places, broken vessels and torn fabric, alleys of now filled with the density of then or before.